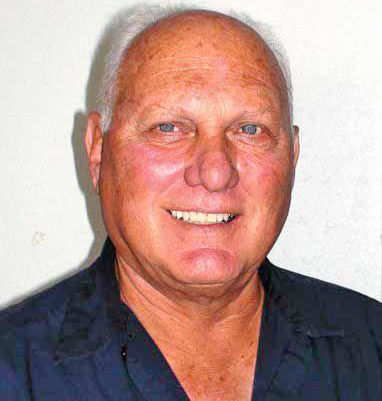 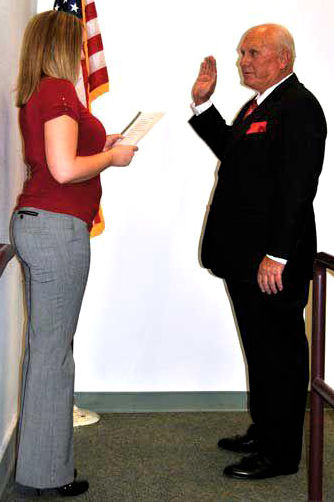 Cusick, born in Evansville, Ind., was preceded in death by parents Milton and Ruth Cusick.

“Wayne served as an artillery sergeant in the USMC (United States Marine Corps) from 1964-1970,” states Cusick’s public obituary. “He graduated from (California) State San Bernardino with a Bachelor of Arts in Business Administration/Marketing and worked in Chevron Corp Marketing for 15 years. During Wayne’s self employment of 40 years with Cusick Corp. in Blythe, (Calif.), he owned Blythe Freeway Chevron from 1979-2008; developed, built, owned and operated Quartzsite Auto/Truck Oasis 1989-1993 which sold to Pilot Corp.; owned and operated Mesa Verde Towing 1985-1990, and Blythe 7th St. Valero from 1982-present.”

“Wayne deeply loved Blythe and the community. He was a member of the Chamber of Commerce since 1979, received the Chamber Member of the Year Award 1980/81, and 1986/87 and was Chamber president 1983/84. Wayne served as Rotary Club president from 1989-91 and 2013-14, District Governor 1996/97, District Foundation Chair 1998/2002, District Membership Chair in 1994,” stated Cusick’s obituary. “He received many awards and accolades including Rotary’s highest honor ‘Service Above Self’ and Rotary Foundation highest awards, ‘Distinguished Service Award and Citation for Meritorious Service.’ In July 2006, Wayne founded The Paul Harris Society which is an officially recognized program of Rotary International and he was a a major donor, Rotary benefactor and member of The Bequest Society. He was a key participant in developing water well, Jaipur Foot, and literacy projects in Kenya with on-site visits. Wayne was recognized by RI (Rotary International) as founder of the Paul Harris Society, an official fundraising/recognition program of RI with current membership exceeding twenty-four thousand members and average annual donations to The Rotary Foundation around $30 million.”

Cusick was a leading advocate in bringing Chuckawalla Valley State Prison (CVSP) and Ironwood State Prison (ISP) to Blythe, having served as the inaugural chairperson of the respective pro-prison committee.

In 2014, Cusick led an effort to address a blighted site in the city – a former gas station on 1st St. and Hobsonway. With the help of fellow Rotarians, volunteers, and 20 high school students from Blythe and the Coachella Valley – including Supervisor John Benoit’s Youth Advisory Council – the team joined in painting the landscape mural on the side of the property which depicted the Palo Verde Valley’s desert, farmland, river, mountains, and sky.

A proud public supporter of the nation’s service men and women, the Cusick family-owned gas station on the corner of Hobsonway and 7th St. is adorned with the military branches’ emblems and insignias.

“I display our colors with pride and am thankful of those who joined me in the military. You will also find the emblems of our Navy, Air Force, Army, and Marine Corps on the posts as you enter our store. If I had a fifth post, I would likewise recognize the Coast Guard,” stated Cusick in an October 2013 letter to the Times of the 7th St. (then-76, now Valero) gas station. “Canada and Mexico are our neighbors and steadfast allies. I display the flag of Mexico out of respect for half of our customers who are Hispanic. I also display the flag of Canada alongside our American flag as a welcome to our visitors from the north who chose our community to spend their winter and dollars.”